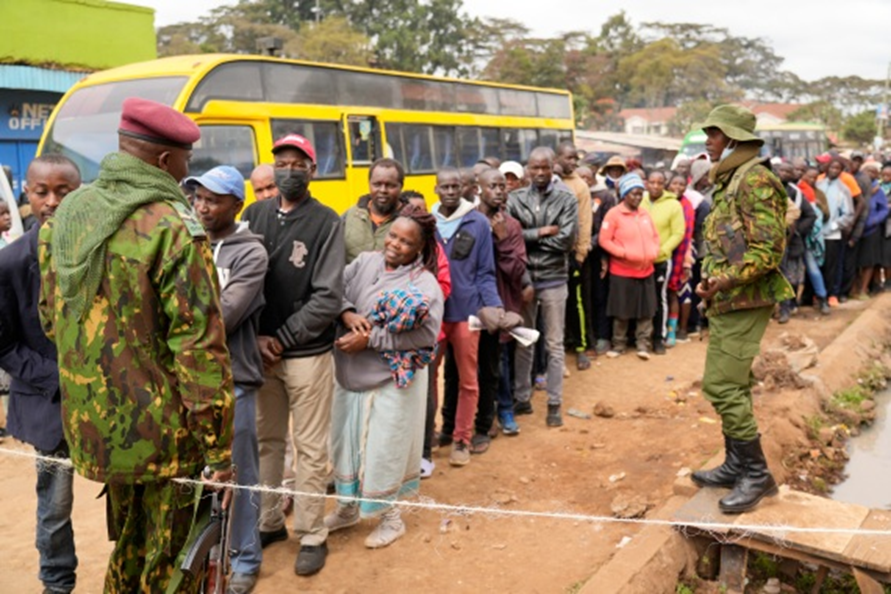 Governance and the economy in Kenya: Who decides?

The just concluded Kenyan general elections of August 9, 2022, saw a 65% voter turnout- about 14.2 Million voters, the lowest in 15 years. The low figures have been attributed to voter apathy, mostly, the youth’s.

This is concerning given that the 2019 census found that the youth- those aged 35 years and below, constitute 75% of Kenya’s population. Of this, 13.8 Million are eligible to register and vote. Basically, if the youth in Kenya decided to all register and vote, in this and every other election in Kenya, they would be the ultimate decision makers.

But they don’t. There are many reasons provided for youth voter apathy, from failure to provide for online voting that aligns to their lifestyle habits- being a population that has grown online, to the lack of youthful candidates on the ballot. The most common reason that keeps coming up though is that they do not believe that their decisions matter- from nomination tickets, to the integrity of elections, to economic decisions made by the winning governments. They believe that such decisions are made by the elite in boardrooms. This is because, time, and again, they see these leaders make decisions unfavourable to their lives and livelihoods.

This should worry every sector of the economy, from energy and health, to manufacturing because youth unemployment rates stand at 14%, double the official unemployment rate. 5.2 million young Kenyans are unable to find meaningful employment, with this rate increasing as more youth join the workforce every year. When this youth choose not to participate in the most important governance decision in the country, it means that they have chosen to resolve their concerns in means that may not be amicable to the wellbeing of the country.

How do we address this? The Independent Electoral and Boundaries Commission (IEBC), that is tasked to govern elections in Kenya, has come a long way since the disputed elections, and attendant violence of 2007. Voting has been largely peaceful. That has never been the problem. Verification and tallying of these votes, is slow, and marred by questions of integrity, and sometimes violence and murder. Politicians who see elections as a do-or die-affair are undoubtedly part of the problem. However, the IEBC is not blameless. It has used Kshs 40 Billion to organize these elections, over a period of 5 years, and we still had some elections postponed on the eve of August 9- who makes decisions in IEBC, and who answers on its efficiency? Why have Kenyan tax payers paid for digital elections, if manual intervention is required to verify and tally votes?

We cannot divorce politics from the economy, however disruptive, but businesses and livelihoods should not, and cannot afford, to stop for a month every 5 years, to await the outcome of elections in the country. Almost 20 Million Kenyans live in extreme poverty- those who live on less than $1.90 per day. And Kenyans are facing one of the worst droughts in decades. There is simply not enough to service debt, currently at 70% of GDP. In fact, Bloomberg Economics ranked Kenya the sixth-most vulnerable to debt default among 50 developing economies. Kenya’s middle class will keep shrinking further, as Kenyans are unable to make ends meet.

How can we move beyond this? The first is that we must have independence of institutions around elections. The Judiciary has come of age with the implementation of the Judiciary Fund. The youth must come out to support laws and policies protecting the independence of the judiciary, and reject any proposals to the contrary. The Supreme Court of Kenya has a role to play in pronouncing judgment on how and who makes current decisions in IEBC, and the upcoming 2 weeks will provide lessons for the future. Next, the IEBC must truly be independent, impartial and transparent. There must be accountability for Kshs 40 Billion provided to conduct elections. There must be accountability for decisions made by the IEBC, and all its officials, from the Chairperson to its Commissioners, to the lowest clerk at the polling stallion. The Office of the Directorate of Public prosecutions (ODPP) should be free to direct investigations and commence prosecution of all election offences. Finally, Kenyans should not lose lives every election year. The National Police Service, must be independent, and empowered, to maintain security of all candidates, and officials, impartially, and conduct transparent investigations of all offences.

Free, fair and transparent elections is the first step to economic emancipation in Kenya. These 4 institutions – the Judiciary, IEBC, the ODPP and the National Police Service can, and must, lead the way to cementing integrity that Kenya, and particularly its youth, needs, to wake up and participate, as well as make informed governance and economic decisions, before 2027. Whatever its price, that is a price that we must pay.

If you wish to learn more about the law and governance in Kenya, please reach out to me at halima@hawahussein.com

The just concluded Kenyan general elections of August 9, 2022, saw a 65% voter turnout- about 14.2 Million voters, the lowest in 15 years. The low figures have been attributed to voter apathy, mostly, the youth’s.   This is concerning given that the 2019 census found that the youth- those aged 35 years and below,…

The Sustainable Waste Management Act, 2022: A paradigm shift in Kenya

Philanthropy: A stop-gap to climate finance and debt distress in Africa